For years, Raja Ampat was a well-guarded secret until National Geographic called it an “emerging Island Eden” in the year 2013. This is a cluster of islands, about one thousand five hundred small ones, that also include shoals and cays that encircle the four big islands known as Waigeo, Batanta, Salawait and Misool. These islands give the archipelago its name. In Bahasa Indonesia, Raja Ampat means “Four Kings.” These islands cover an area of over forty thousand kilometers. 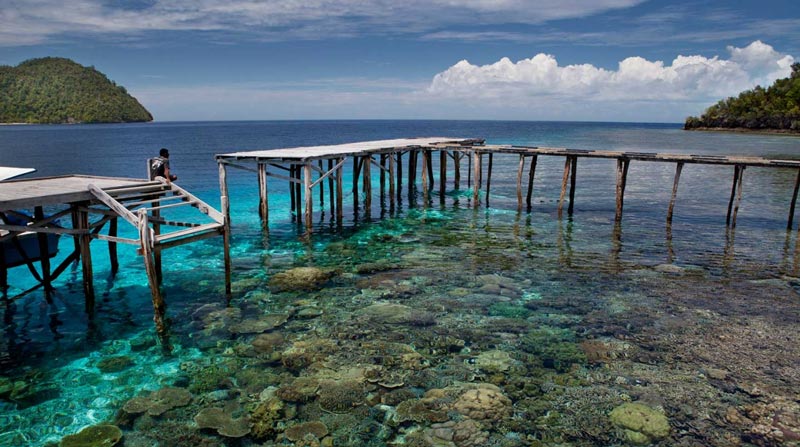 The area includes the largest of Indonesia’s marine parks, Cenderawasih Bay. Go diving in Raja Ampat’s waters and discover what is now known as the Amazon of the Oceans. There are amazing coral reefs and they have plenty of marine species. The diversity of marine life is amazing. Here, you can see the pygmy seahorse and the walking shark. Other creatures that may not be so well known include bumphead parrotfish, leatherback turtles and manta rays. 75% of the world’s coral species can be found here. Above water, you can expect to find lush rain forests, wild mangroves, sandy islands and gorgeous beaches. In the canopies of the jungle, you will see rare birds including the red bird of paradise.

Here are some things you may not know about Raja Ampat:

If you are looking for the best time to visit the Islands, you will find that the weather remains pretty much the same all year round. The air temperature tends to range between 78°F (25°C) and 89°F (31°C), but since the humidity is generally about 83% on average, it can feel hotter than that.

The ocean tends to also be warm throughout the year as well. The average surface temperature is about 84°F (29°C). If you are looking to enjoy some water activities, then you should consider going in October or November. During this time, the ocean is calm and therefore conducive. From October through to April, it is a great time to visit. June to September is the Monsoon season and there is plenty of rain.

Now with some basic facts of Raja Amapt, are you ready to explore this part of the country and scuba dive in one of the best dive sites in the world? Pack your stuff and stay with Papua Paradise now!