Did you know sea turtles are one of the world’s oldest species? Scientific evidence shows they are at least 100 million years old and the nearest turtle ancestors are up to 112 million years old. Raja Ampat is an incredible place to see at least four of the world’s seven turtle species. Read on to learn more about where, when and how to see sea turtles in Raja Ampat.

Why are sea turtles so special? 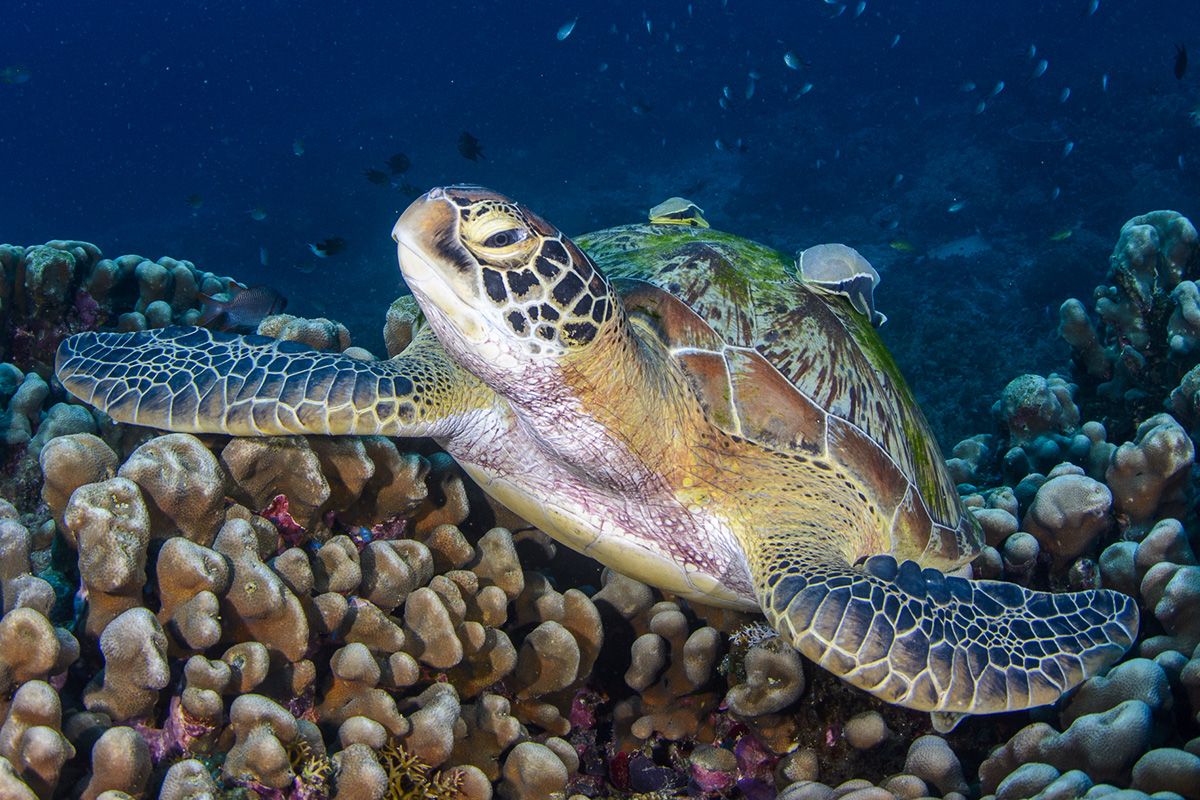 Sea Turtles play a critical role in marine environments. They are almost like their own reef system, with parasites and fish living on their backs. They provide transport and nutrition for these stowaways.

Nearly all sea turtle species eat jellyfish, and in fact a leatherback can eat up to 200kg of jellyfish a day! This is important because jellyfish feed on juvenile fish, so jellyfish populations need to be kept in check to let fish populations thrive.

Hawksbills on the other hand, eat sponges, which would strangle the coral if left unchecked. Sponges are toxic to most sea creatures so the hawksbill’s job is an incredibly important one.

With every species of sea turtle now endangered coral reefs are in grave danger. Turtles are absolutely imperative to the survival of the seas. 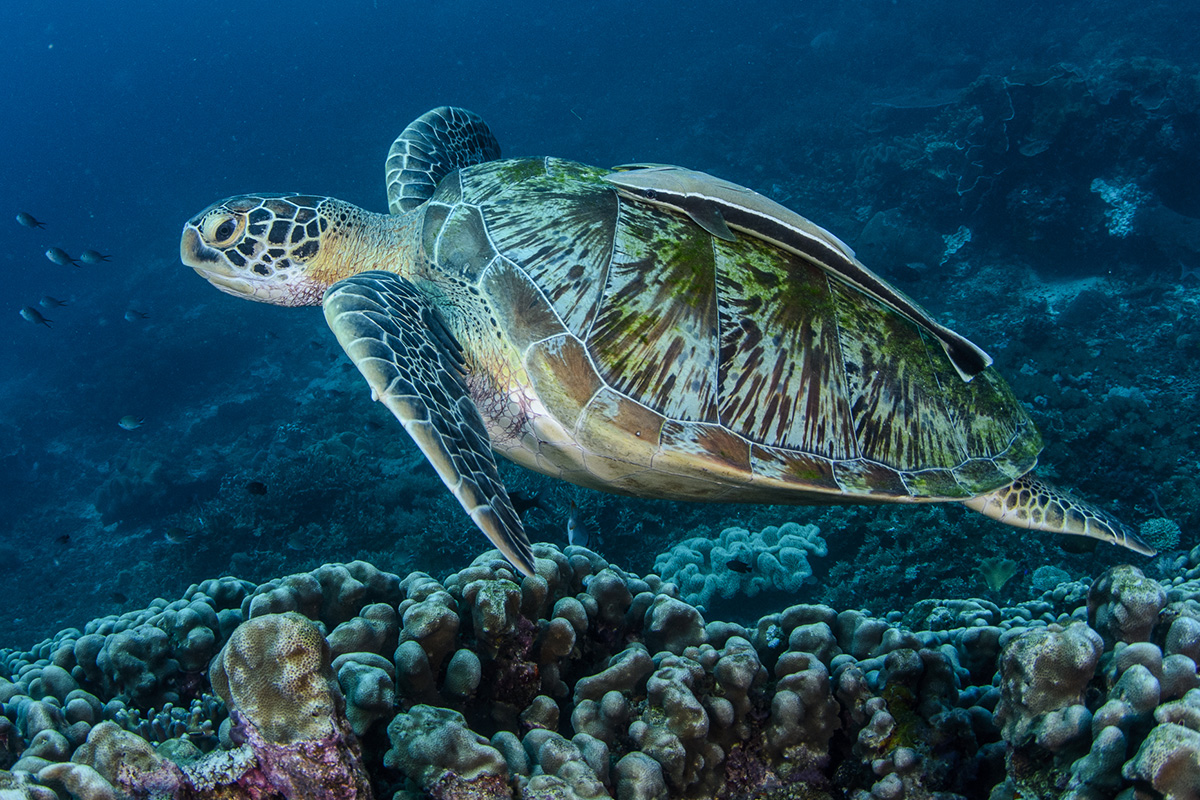 Raja Ampat was designated a shark, dugong, and sea turtle sanctuary in 2014. Since then a number of conservation agencies have been working with government officials and local communities to stop the capture of sea turtles for their meat and eggs. It is now illegal to catch turtles or collect their eggs in Raja Ampat. However, although this terrible practice is in decline, it still happens.

When you stay at Papua Paradise you will be asked to comply with all the laws pertaining to the conservation of the marine ecosystem. You will also pay a fee of $100, which is included in the price of diving, to enter the Raja Ampat Marine Protected Area. This fee contributes towards community outreach, the marine park patrols and other costs of keeping the area safe.

Where and when can I see sea turtles in Raja Ampat? 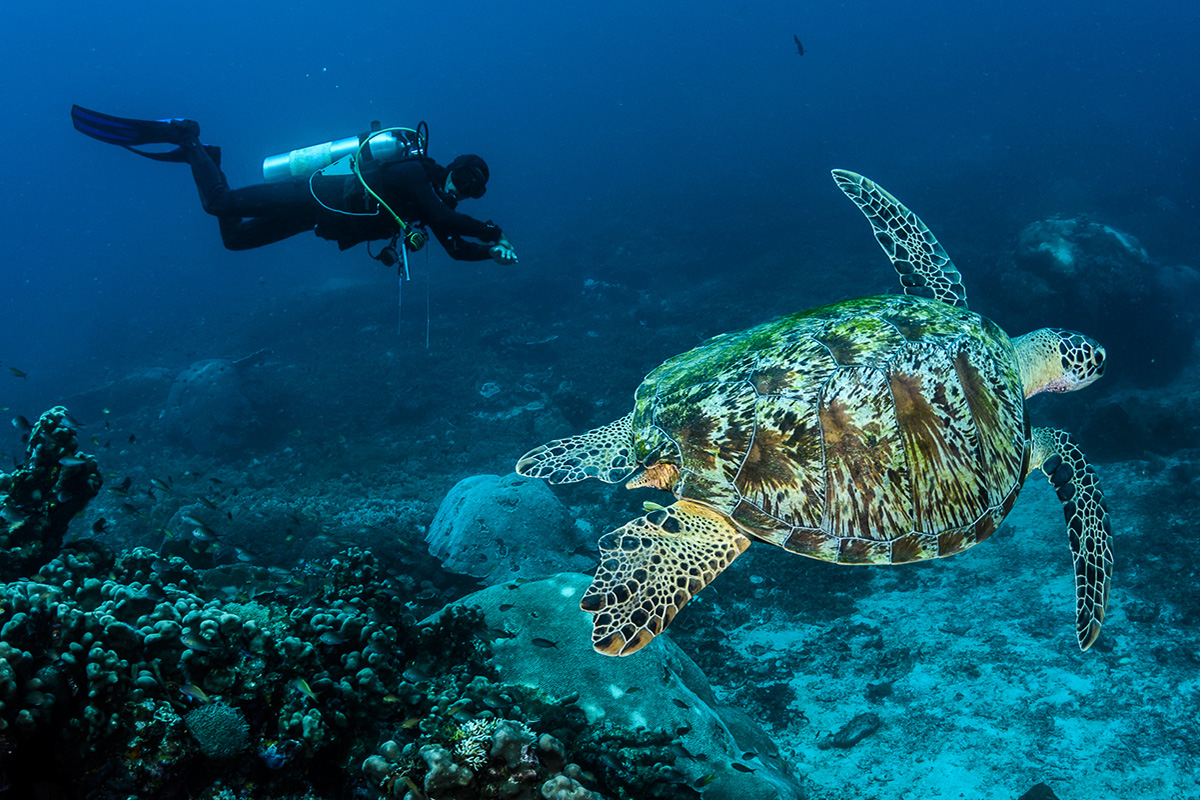 Sea turtles can be spotted just about anywhere in Raja Ampat. They are nomadic, so you might be sitting on your deck at Papua Paradise Eco Resort and see one gliding past.

However, there are a few spots where they are sighted more often. Hawksbills, Greens, Leatherbacks and Olive Ridleys all nest in Raja Ampat. In fact about 75% of the total number of nests in the west Pacific are laid on beaches in the Sausapor district. Green turtles are also known to nest on Waigeo.

Hatching season is typically from July to August so around this time of year you might see more sea turtles in the area.

Sea turtles are one of the most majestic creatures in the sea and there is no more magical place to see them than Raja Ampat. Would you like to get up close and personal with these ancient giants? What do you think your reaction would be if you saw one swimming next to you? We’d love to hear your answers in the comments section.