Have you ever heard of a dugong? If you’re a diver you probably have, and it could be one of the creatures you have wanted to spot for a long time. This rare creature has been spotted off of Papua Paradise Eco Resort several times, making it a very special place to visit.

What is a Dugong? 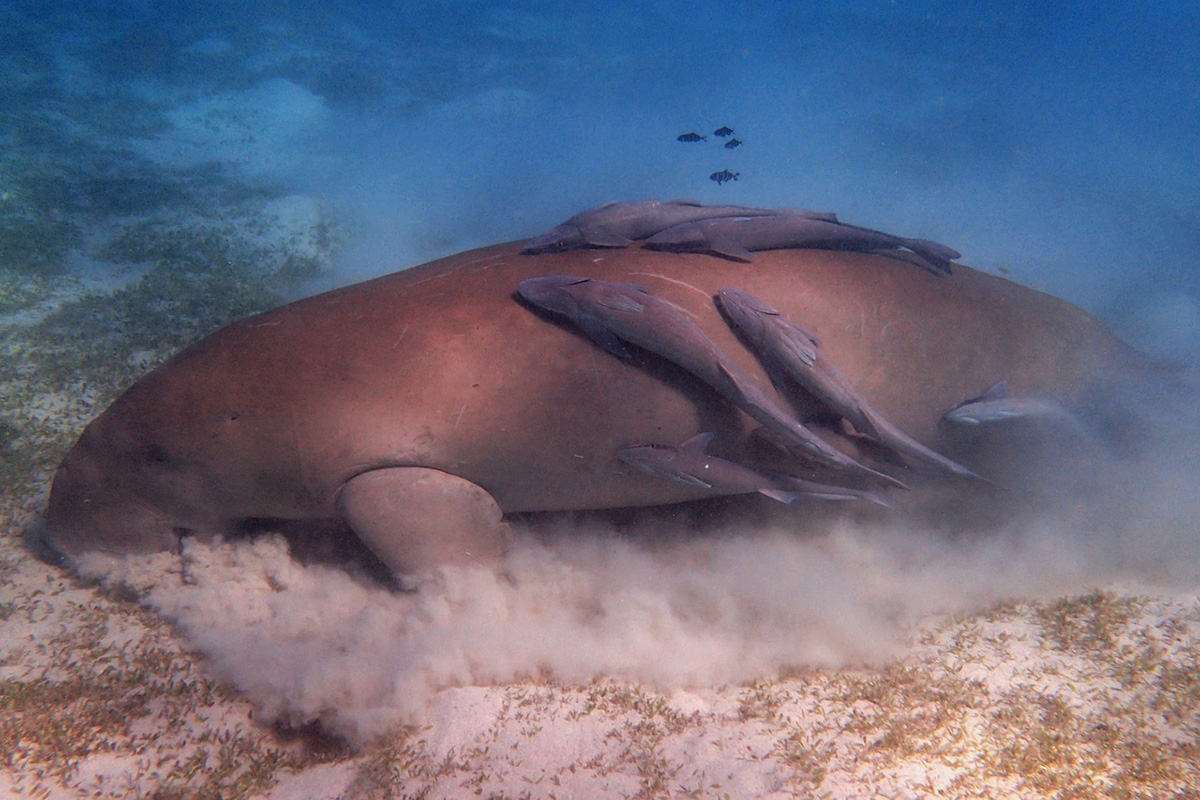 Dugongs are large marine mammals in the order Sirenia. The better-known manatees are also part of this order. These creatures are actually more closely related to elephants than any other sea life! They are shy, gentle creatures that can grow up to 3 metres in length, and have known to weigh as much as 420kg. These solitary animals have a life span of up to 70 years. They also tend to stay in the same area all their life, making spotting them possible but not guaranteed.

An interesting fact for you is that the word dugong is derived from the Tagalog term dugong meaning “lady of the sea”. It is thought that sailors may have thought they were seeing mermaids, when in fact they had spotted dugongs. 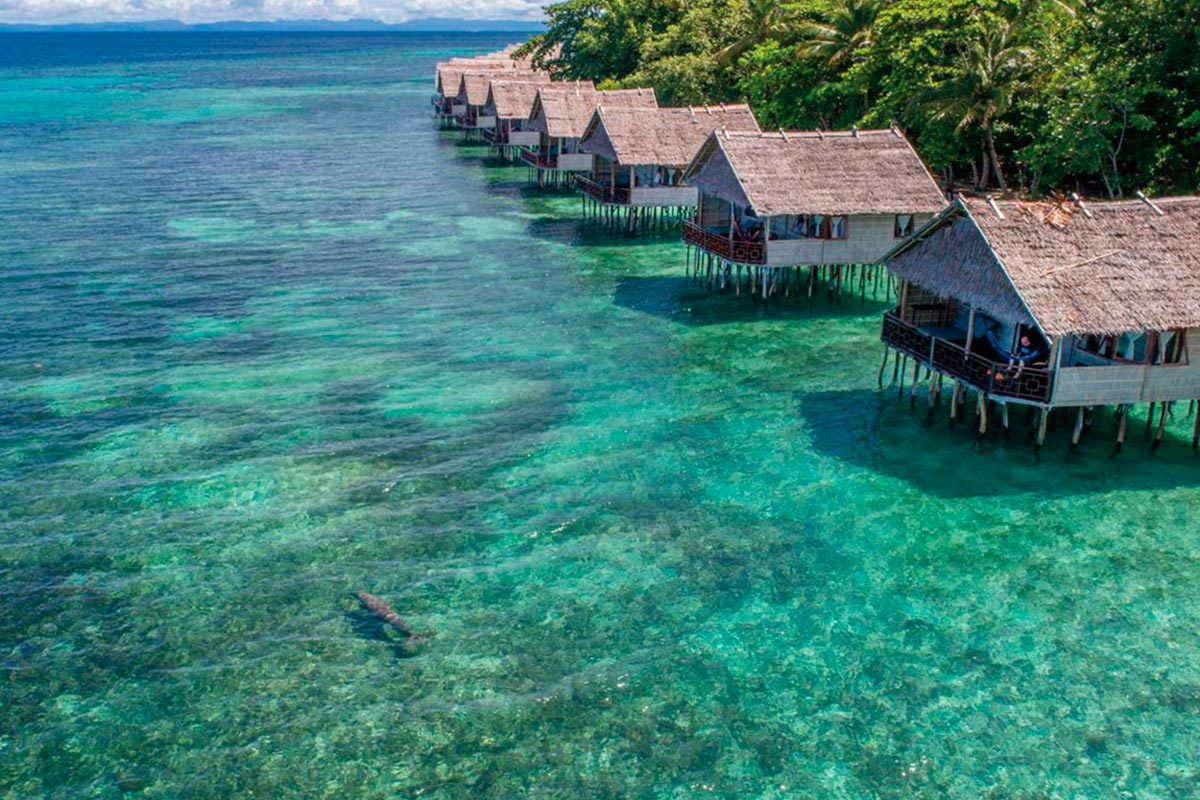 Dugongs are found in warm coastal waters from the western Pacific Ocean to the Eastern coast of Africa usually in protected shallow bays. They are found in their largest numbers between Shark Bay and Moreton Bay on the east coast of Australia, but there have been numerous sightings in Raja Ampat as well.

In fact, Birie Island, where Papua Paradise Eco Resort is located, is one of the best sites for Dugong spotting. Dugongs feed mainly on seagrass, which is plentiful around Birie Island, and especially in the shallow bay where the resort’s overwater bungalows are located.

Saying this, it is still rare to see a dugong. They are very shy and gentle creatures and like their peace and quiet. 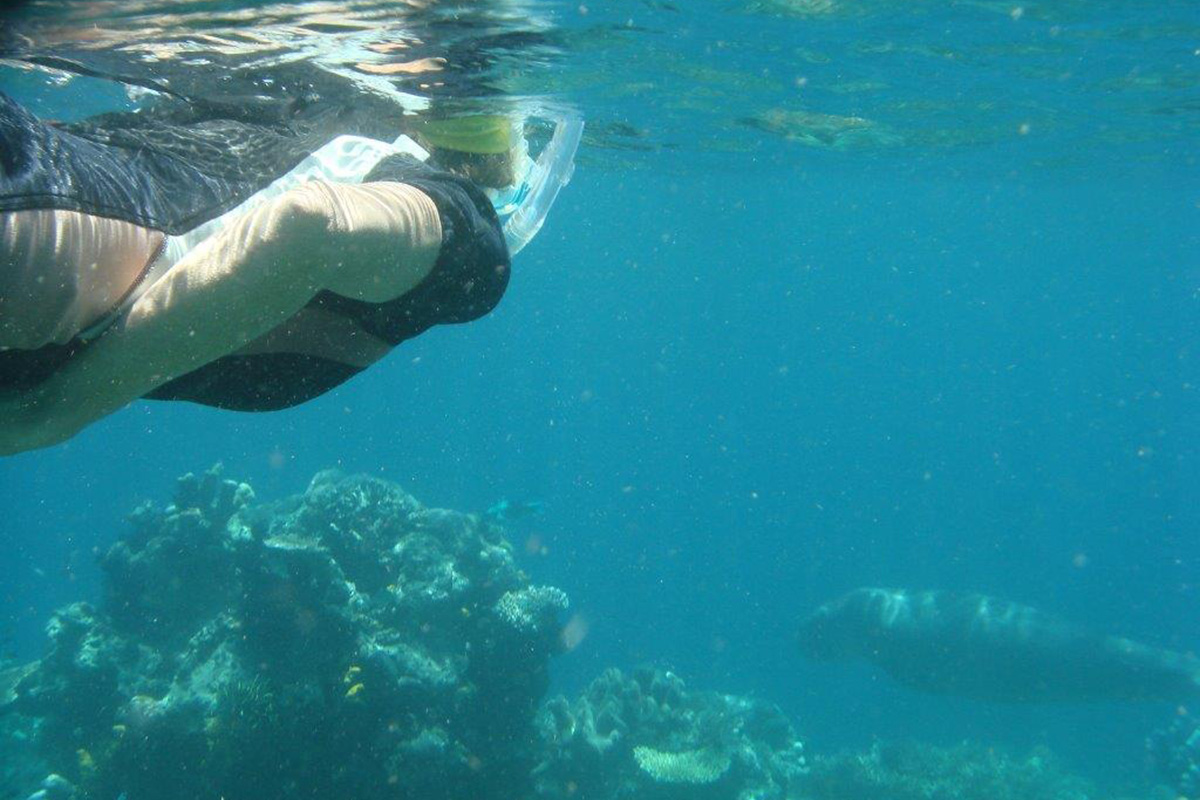 If you do come across a dugong while you’re diving or snorkeling, make sure you make the most of every second. Respect the animal’s space and definitely don’t try to touch it. The dugong is most likely to ignore you completely and carry on grazing quietly.

As they are mammals, they will have to surface for air. If you are diving don’t attempt to follow them up and back down as you will increase your chance of decompression sickness. Stay where you are and let the dugong come back down to you. 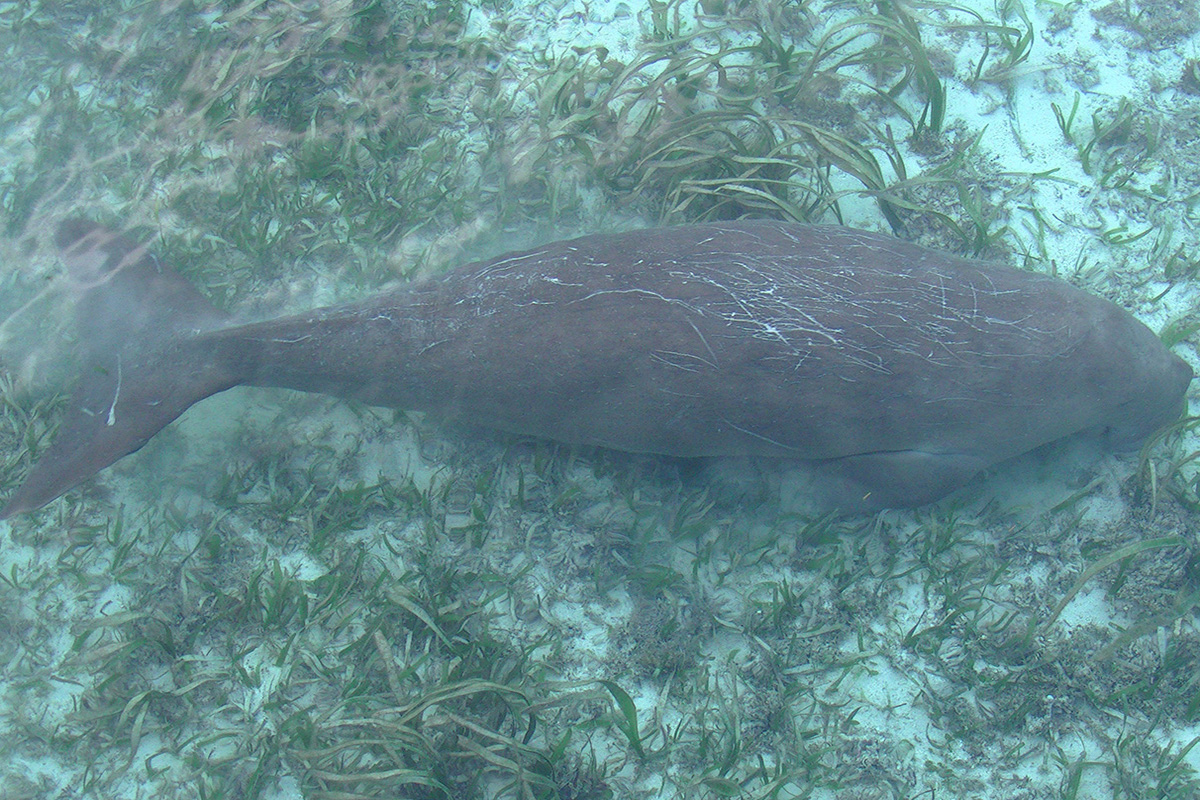 Dugongs have disappeared from the waters of Hong Kong, Mauritius, and Taiwan, as well as parts of Cambodia, Japan, the Philippines and Vietnam. This is mostly due to
over fishing and destruction of their habitat. They are also targeted for their meat, oils, skin and bones. Other threats include getting caught in fishing nets, environmental disasters and being injured by boats.

Dugongs are on International Union for Conservation of Nature (IUCN) Red List of Threatened Species. The aim of this list is to make it clear to the public, policy makers and conservation agencies that there is a serious need to work on policies to reduce species extinction.

In Indonesia dugongs are listed as a protected species, however this doesn’t necessarily mean protection is always enforced. There are a number of conservation groups working hard in Raja Ampat to ensure the safety of dugongs though and Papua Paradise team does all they can to enforce and educate on conservation issues.

Do you dream of diving with a dugong? Just leave a message in the comment section below.